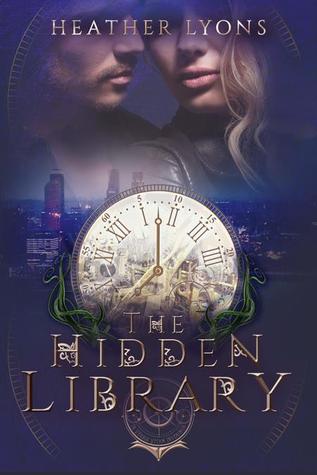 ‘Sometimes, the rabbit hole is deeper than expected . . .Alice Reeve and Finn Van Brunt have tumbled into a life of secrets. Some secrets they share, such as their employment by the clandestine organization known as The Collectors’ Society. Other secrets they carry within them, fighting to keep buried the things that could change everything they think they know.On the hunt for an elusive villain who is hell-bent on destroying legacies, Alice, Finn, and the rest of the Society are desperate to unravel the mysteries surrounding them. But the farther they spiral down this rabbit hole, the deeper they fall into secrets that will test their loyalties and pit them against enemies both new and old.Secrets, they come to find, can reveal the deadliest of truths’

(Little disclaimer: I have a lot of things in this book that I want to discuss, and because most of those things are quite spoiler-y, I’ll leave them till the end.)

This book starts off where the first book ended: Finn van Burnt is running the Society while Brom is recovering in the hospital, and Alice and the other members of the Society are trying to get some answers out of the villains who were tormenting the Society. However, the more answers they get, the more questions they have. Who are they dealing with? And, even more important, how can they stop him?

The Hidden Library was a wild ride from start to finish. We got so many twists and turns, and it was very action packed. They’ve also traveled to various different timelines, like Finn’s hometown and another trip to Wonderland. Through visiting Finn’s hometown, we got to see a bit more of his backstory and what happened between him and Tom Sawyer, and it was heart-wrenching.

I love the characters in this book, especially the very protective spider Grymsdyke. I also have a very special place in my heart for the White King, and everytime we get a scene with him my heart breaks a little. I also really like the relationships between the characters, because you can really see them getting closer.

The Hidden Library ended with a bang, and a big cliff-hanger, so once I finished this one I immediately ordered the next book in this series: The Forgotten Mountain. I cannot wait to see what else Heather Lyons has in store for us!

I have no idea where to start this discussion, so I’m just going to start with the one thing I really disliked about the book: the mystery surrounding Victor. Throughout the whole first book, and half of this book, there was this mystery surrounding Victor. Finn, Mary and Brom kept whispering about him taking his ‘protocol’ and just acting suspicously towards him. I thought there was this big thing, that Victor wasn’t who he said he was, and I literally thought that he wasn’t Frankenstein’s son, but Frankenstein’s monster himself. I mean, what could be that big and bad that they had to act so mysteriously?? So when we found out what was going on with Victor, it was a bit of a buzzkill (I’m not even sure if that’s the right word but oh well.) It also made me feel a bit sad to see mental health portrayed like this. It’s a very important subject, and I don’t want people to act like it’s a taboo, and that bookcharacters/they have to whisper about it and be all mysterious. Sorry about rambling about this, but mental health issues are important to me.

Also, WHO IS THIS LIBRARIAN WOMAN? I didn’t trust her from the beginning, because from reading books and watching tv-shows, I’ve learned to not trust the mysterious person. But who is she? She obviously already knows Alice, since she told her she ‘failed her’ and that she always has to trust her insticts. What did she fail her with? Is the librarian from Wonderland as well? Or someone from Alice’s childhood? Ahh, I just want to know! And who is this Gabe-person? I kind of have an idea because of the use of pipes, but if he is the person I think he is, then why is he doing this? One of my theories is that he feels offended that the Society isn’t searching for his timeline or something. Or maybe he’s just plain bad and wants to make people suffer. But how did he get connected with Sweeney Todd? I have so many questions! I’m also a bit scared for the White King. No character is so pure and good without turning evil or getting killed, or at least, in most cases.

I really hope Finn lives in the next book. I first didn’t like him with Alice, because I adored the white king and I felt so bad for him, but now that I’ve seen him and Alice interact more I really think they’re good for each other. I’m sure that Alice will find him, but because the book is written in dual perspective when the first one was from one POV, I’m a bit scared that they’ll pull a Divergent on us.

Anyway, I’m going to start The Forgotten Mountain tonight and I can’t wait to see what happens next!