Diversity Spotlight Thursday is a weekly meme hosted by the lovely Aimal from Bookshelves and Paperbacks. Every week, you come up with three book fitting three different categories: a diverse book you’ve read and enjoyed, a diverse book on your TBR, and a diverse book that has not been released yet.

How To Make a Wish by Ashley Herring Blake

All seventeen year-old Grace Glasser wants is her own life. A normal life in which she sleeps in the same bed for longer than three months and doesn’t have to scrounge for spare change to make sure the electric bill is paid. Emotionally trapped by her unreliable mother, Maggie, and the tiny cape on which she lives, she focuses on her best friend, her upcoming audition for a top music school in New York, and surviving Maggie’s latest boyfriend—who happens to be Grace’s own ex-boyfriend’s father.

Her attempts to lay low until she graduates are disrupted when she meets Eva, a girl with her own share of ghosts she’s trying to outrun. Grief-stricken and lonely, Eva pulls Grace into midnight adventures and feelings Grace never planned on. When Eva tells Grace she likes girls, both of their worlds open up. But, united by loss, Eva also shares a connection with Maggie. As Grace’s mother spirals downward, both girls must figure out how to love and how to move on.

I read an ARC of How To Make a Wish last year and it was definitely one of my favorite books of 2016. Maybe ever. The story is so heartbreaking but hopeful, and the characters meant so, so much to me. I still think about this book everyday, and I kind of want to reread it soon even though my tbr is massive already. 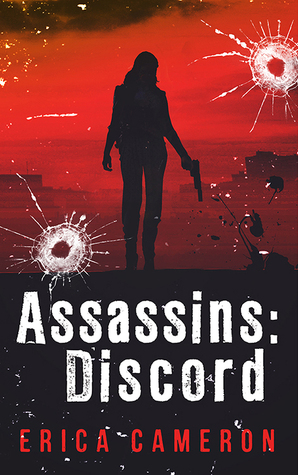 Kindra’s moral compass has never pointed north, but that’s what happens when you’re raised as an assassin and a thief. At sixteen, she’s fantastic with a blade, an expert at slipping through the world unnoticed, and trapped in a life she didn’t chose. But nothing in her training prepares her for what happens when her father misses a target.

In the week-long aftermath, Kindra breaks rank for the first time in her life. She steals documents, starts questioning who their client is and why the target needs to die, botches a second hit on her father’s target, and is nearly killed. And that’s before she’s kidnapped by a green-eyed stranger connected to a part of her childhood she’d almost forgotten.

Kindra has to decide who to trust and which side of the battle to fight for. She has to do it fast and she has to be right, because the wrong choice will kill her just when she’s finally found something worth living for.

I bought the ebook of Assassins: Discord when it was on sale for pride month. All I knew about this book was that it featured assassins and that the main character is bi, and honestly, I didn’t need to know more. 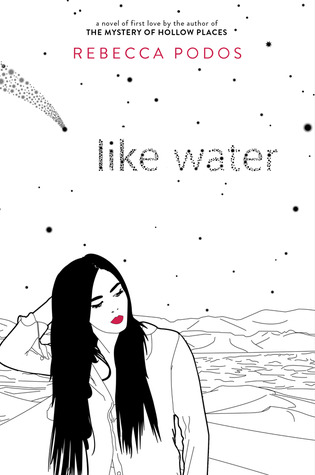 A gorgeously written and deeply felt literary young adult novel of identity, millennial anxiety, and first love, from the widely acclaimed author of The Mystery of Hollow Places

In Savannah Espinoza’s small New Mexico hometown, kids either flee after graduation or they’re trapped there forever. Vanni never planned to get stuck—but that was before her father was diagnosed with Huntington’s disease, leaving her and her mother to care for him. Now, she doesn’t have much of a plan at all: living at home, working as a performing mermaid at a second-rate water park, distracting herself with one boy after another.

That changes the day she meets Leigh. Disillusioned with small-town life and looking for something greater, Leigh is not a “nice girl.” She is unlike anyone Vanni has met, and a friend when Vanni desperately needs one. Soon enough, Leigh is much more than a friend. But caring about another person stirs up the moat Vanni has carefully constructed around herself, and threatens to bring to the surface the questions she’s held under for so long.

With her signature stunning writing, Rebecca Podos, author of The Mystery of Hollow Places, has crafted a story of first love and of the complex ways in which the deepest parts of us are hidden, even from ourselves.

I was lucky enough to read this book early. I finished it last week and *enter some random swear words here* it was SO GOOD! I don’t want to spoil anything for you all, but what I appreciated most about this book is how messy the characters are. Not problematic, just real. They also had so much character growth throughout the book, and it was wonderful.

What is your favorite book with a bisexual main character?