Hi everyone! Around 2 weeks ago I posted the first part in a two part series in which I show you my queer books (you can find it here). Today I’ll be posting the second half!

Also, you might’ve noticed that I haven’t posted anything for those two weeks and I want to give you a little explanation for that: I’ve been incredibly busy with studying. Luckily I probably have a few weeks off now, so I’m going to try and write a couple of posts as soon as possible! 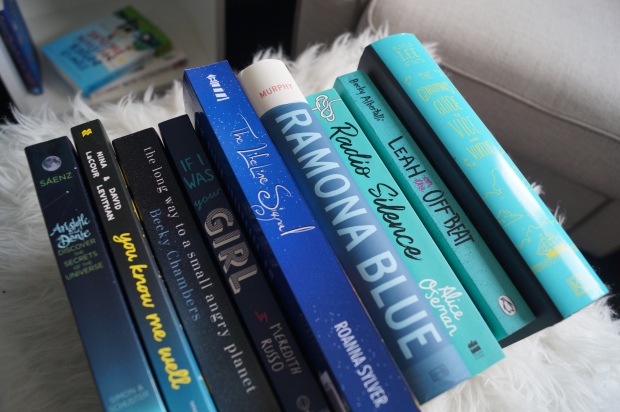 Aristotle and Dante Discover the Secrets of the Universe by Benjamin Alire Sáenz – gay (wouldn’t recommend because of the way he’s treated book bloggers)
You Know Me Well by David Levithan and Nina LaCour – gay and lesbian
The Long Way to a Small Angry Planet by Becky Chambers – various identities
If I Was Your Girl by Meredith Russo – trans
The Lifeline Signal by RoAnna Sylver – various, including non-binarym, asexual and aromantic rep
Ramona Blue by Julie Murphy – bisexual
Radio Silence by Alice Oseman – demisexual, gay, bisexual
Leah on the Offbeat by Becky Albertalli – bisexual
The Gentleman’s Guide to Vice and Virtue by Mackenzi Lee – bisexual 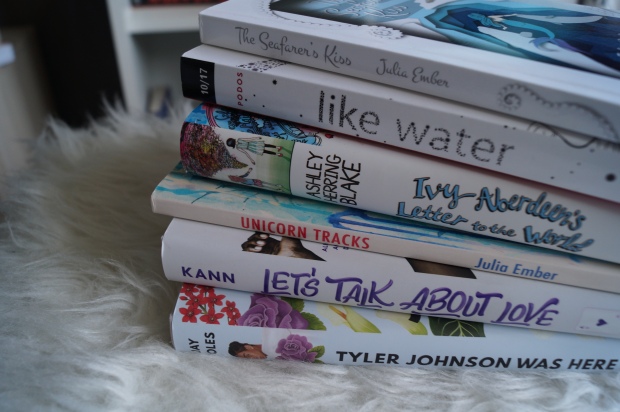 The Seafarer’s Kiss by Julia Ember – sapphic
Like Water by Rebecca Podos – genderqueer and mga rep
Ivy Aberdeen’s Letter to the World – sapphic
Unicorn Tracks by Julia Ember – sapphic
Let’s Talk About Love by Claire Kann – asexual biromantic
Tyler Johnson Was Here by Jay Coles – for some reason I remember reading something about this book being queer but I just looked at goodreads and it said it wasn’t soooo idk why I thought it was. But you should pick up this book regardless. 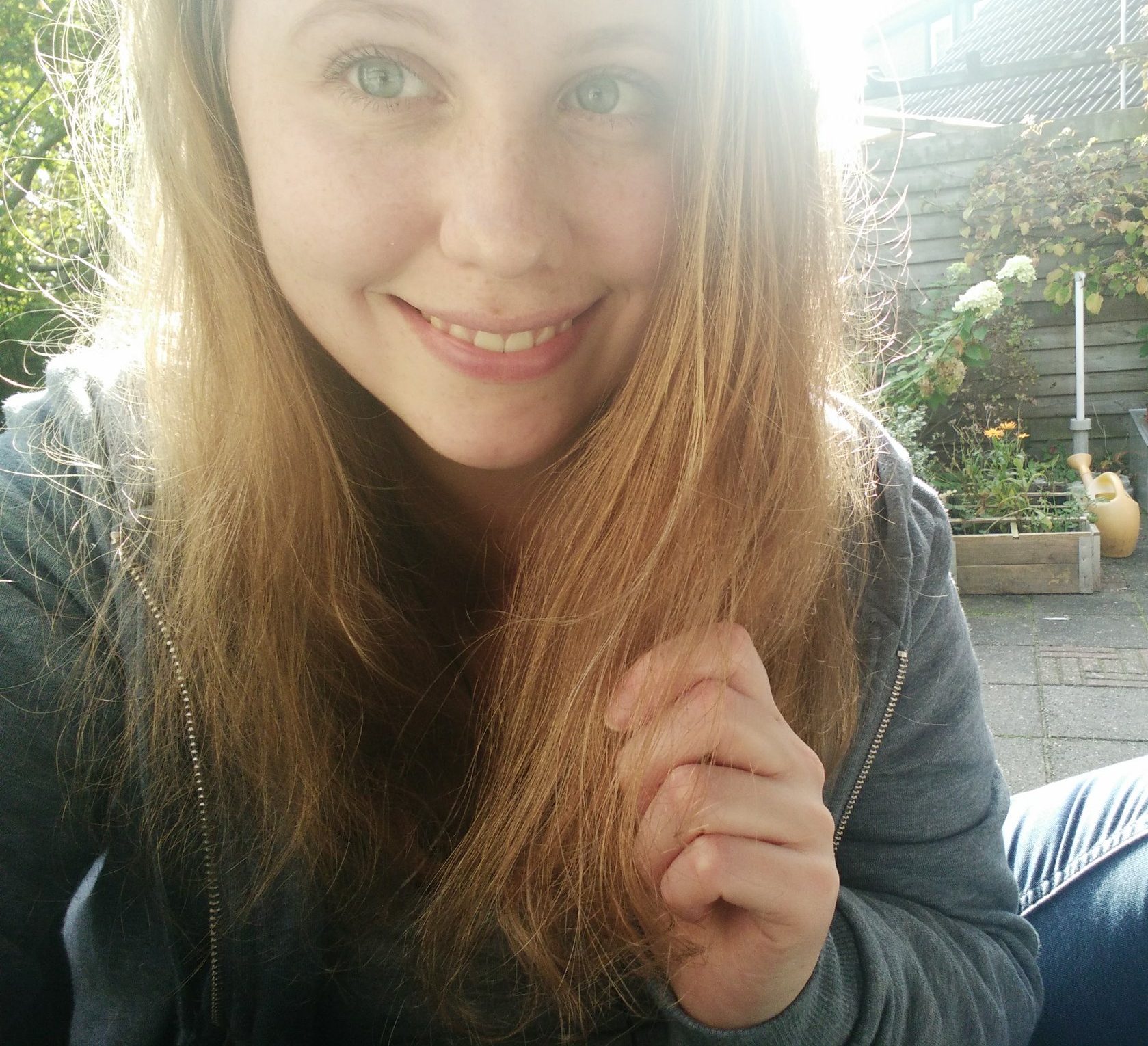