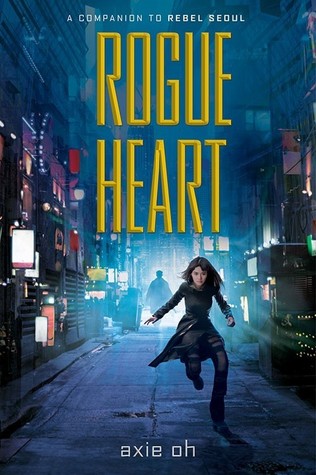 NEO BEIJING, 2201. Two years after the Battle of Neo Seoul, eighteen-year-old telepath Ama works by day in a cafe and moonlights as a lounge singer in a smoky bar at night. She’s anonymous, she’s safe from the seemingly never-ending war, and that’s how she’d like to stay. But then PHNX, a resistance group specializing in espionage and covert missions, approaches her with an offer to expose a government experiment exactly like the one she fled. Soon, Ama is traveling with PHNX on a series of dangerous assignments, using her telepathic powers to aid the rebellion against the authoritarian Alliance.

As the war ramps up, PHNX is given its most dangerous mission yet: to infiltrate the base of the Alliance’s new war commander, a young man rumored to have no fear of death. But when Ama sees the commander for the first time, she discovers his identity: Alex Kim, the boy she once loved and who betrayed her.

Now, Ama must use her telepathic abilities to pose as an officer in Alex’s elite guard, manipulating Alex’s mind so that he doesn’t recognize her. As the final battle approaches, Ama struggles with her mission and her feelings for Alex. Will she be able to carry out her task? Or will she give up everything for Alex again—only to be betrayed once more?

At the beginning of the year one of my closest friends Elin and I decided to buddy read Rebel Seoul together. And while I was super excited about the book and I really thought I was going to love it I just… didn’t. I liked the world, the politics and the characters themselves, but I couldn’t connect with the writing at all and I strongly disliked the romance. And while I usually don’t pick up sequels for books that I give a less-than-4-star rating to, I couldn’t help but request Rogue Heart when I spotted it on Edelweiss.

I have to admit that I deeply regretted this decision about 2 seconds after I requested it. I mean, I already have so many other books to read, why request one I’m not all that interested in? But I got accepted, and when I made a Twitter poll asking people to decide which ARC I should pick up first this book won. So I picked it up, and I’m so, so happy I did because this book was absolutely incredible.

All of the elements that I loved in the first book were still there, but better. While I felt disconnected to the writing in the first book and I couldn’t envision anything from the book in my head, I didn’t have this problem with the sequel at all, which made me love the world even more. The politics got even more interesting with the addition of a resistance group and the main character becoming a spy. And the characters. Oh, the characters.

While the main character, Ama, was a pretty happy-go-lucky, trusting and innocent girl in the first book, despite of what she’s been through, she seems very different in the second book. The book takes place 2 years into the future and Ama has learned to become more independent and has come more into her own, and just makes for a really amazing well-rounded character. We also got to see side characters we knew and loved (and some we might not have loved so much) again, who all grew and changed themselves, and we also got some really amazing new characters.

Another thing that made me not love the first book was because it included the “I’ve only known you for a week and I love you so much!!!” trope and I dislike that with a passion, but, like the synopsis says, instead of having a huge romance again from the start we get to see Ama having to deal with spying on the person she loves while manipulating his mind so that he doesn’t recognize her and while I’m normally not a sucker for angst, the angst that this caused was *cheff’s kiss*. But maybe I was just happy that I didn’t have to deal with that romance anymore, I don’t know.

So overall, everything I already liked about the first book I liked even more in the second, and there were some amazing additions. And while I didn’t much care for the first book, I think a lot of other people would actually like it (I’ve disliked SFF books for their romance before while I saw other’s rave about it) and I think the duology itself was really good so I’d definitely recommend it. I’m incredibly glad I picked up the second book, and I can’t wait to see what this author does next.