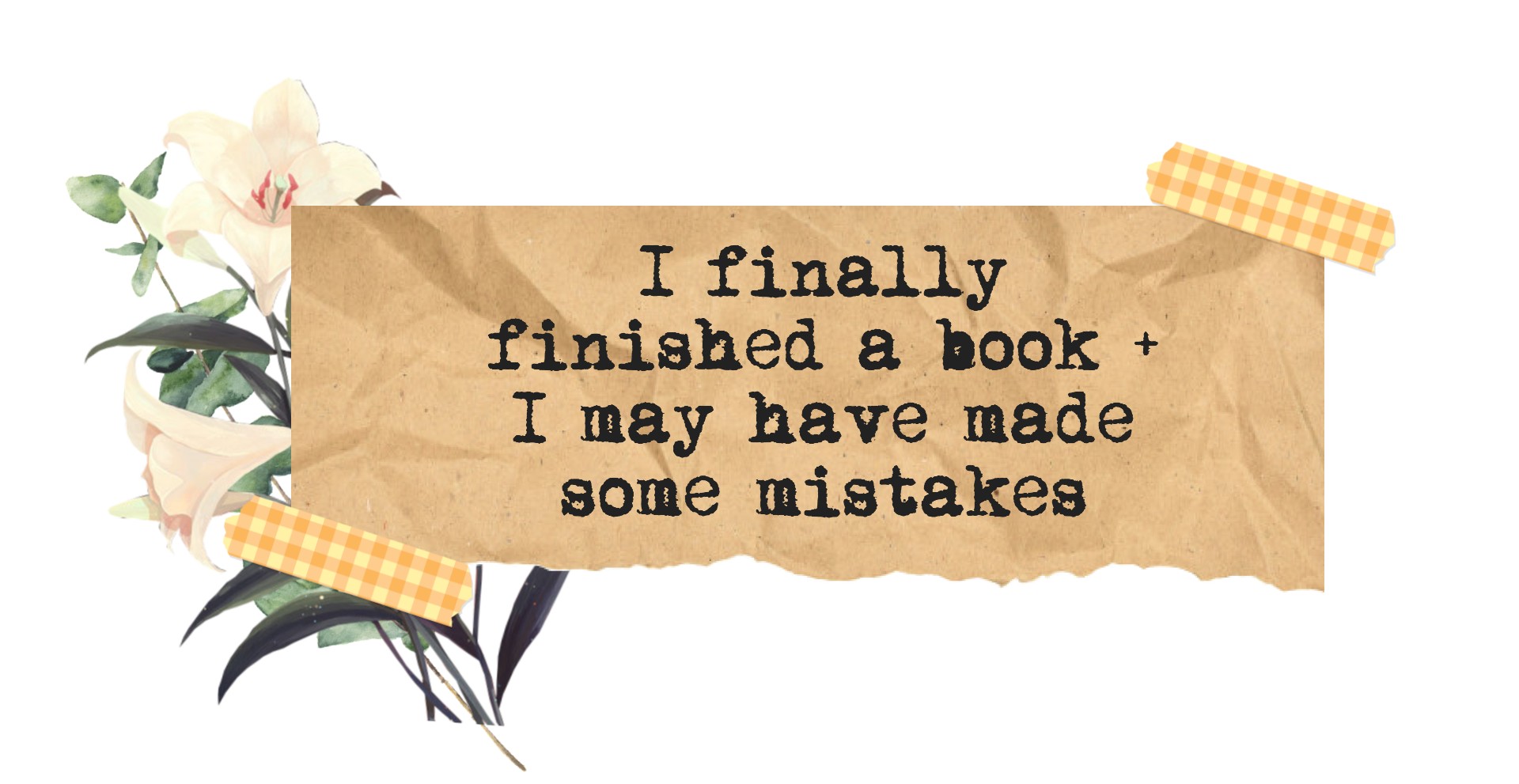 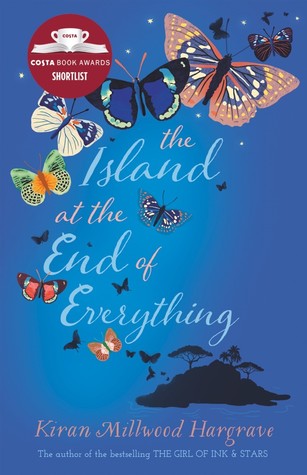 Hi everyone! I remember when I first started reading the island at the end of everything. There was a heatwave and it had been about 35 degrees for a few days in a row at that point, which is very hot for around here, which meant that it was impossible to be anywhere except for the ground floor in our house since the upstairs had turned in a sauna. That also meant there was no escaping my family and my introverted self was very tired of being around people all the time so I decided to brave the heat and went outside.

I sat in the shade that our little canopy in the backyard provided, had a tiny fan blowing air in my face, and to try and distract myself from the heat I picked up this book and tried to read a bit. And then I fell absolutely in love with this story. But as the temperature started to cool down – which I was immensely grateful for – my interest in the book also started to dwindle and I don’t quite know why. I don’t remember starting to dislike it at any point, but I often have trouble focusing on just one book and feel myself being pulled towards newer, shinier stories (I mean, there’s so many incredible books out there that I want to read) so that’s probably what happened.

And now it’s two years later (well, maybe a little more than two since the summer has definitely faded away and I’ve started being pummeled by falling acorns while riding my bike through the park) and I wanted something to read and that’s when I remembered the island at the end of everything. I fished it out of the cupboard where I remembered leaving it, nowhere near any of my order books but under a copy of a short philosophy of birds, which met the same “half read-never finished” state, and I started reading.

And then I finished it.

Not even 12 hours later and I finished this book that’d been gathering dust in a cupboard I hardly ever open for two whole years. And I loved it so much that I grabbed for the book any chance I got, and even stayed up late to finish it. Why didn’t I pick it back up again earlier?

I’d read another Kiran Millwood Hargrave story before. It was called the girl of ink and stars (or, the cartographer’s daughter in the US) and the island at the end of everything reminded me a lot of that book, though I didn’t actually end up liking the former. I don’t remember much about why I didn’t like it (I did read it in 2016 so forgive me) so I looked up my old review of it and it mostly talks about how it was very different and much darker from what I was expecting. And I do think that if I reread the book now, with different expectations, I’d end up loving it because everything I really remember about the book (which is not much, to be fair) is good.

The reason why the books felt very similar to me is because both books read as if they were a folktale. And while the girl of ink and stars dealt with actual myth and folktales the island at the end of everything didn’t, but it very much felt like one; a girl, taken away from her mother, trying to find her way back home.

Maybe I’m explaining this wrong. There’s this scene in the book where the main character’s mother talks about this house she used to live in. It was absolutely covered in plants and flowers and at certain points in the year those flowers would attract butterflies, causing the house to be absolutely covered with them. This was a real life thing, and it could happen in real life (I mean, I’m assuming, I’m not an expert) but it very much feels as if it shouldn’t be possible. As if that’s a magical thing that can only happen in the most wonderful kinds of fairytales. And that’s kind of what the whole book felt like.

Not that the entire book was happy and lovely and magical, absolutely not. A big part of the book is set in Culion, a island in the Philippines which was home to leprosy patients (people who were touched, as they refer to it in the book), and a girl who lives there with her mother. Because the girl, Ami, isn’t touched she is taken away from her mother and forced to leave the island with a bunch of other children as the government is making some changes, and is shipping more patients to the colony. She ends up at an orphanage where she forms a friendship with a girl, but she and the other kids from the colony are treated awfully by a man sent by the government. And the book handles all of the very awful moments in very touching ways, with a bunch of love and friendship, and because of this the book becomes very comforting.

But because I ended up loving this book so much and started thinking about how much I love Kiran Millwood Hargrave’s stories and writing style and the worlds she creates I started craving more of her stories. Strongly. So I went online and… I may have ordered three of her other books. That might’ve been a mistake because I definitely have enough other books to read and, while I do really want to read more Kiran Millwood Hargrave, did I really need three more books on my tbr? In my defense though, they weren’t too expensive, I was incredibly happy to be falling back in love with physically reading books again and wanted it to continue and this somehow felt like the way to do it, and how could I not have after reading the synopsis of these books? 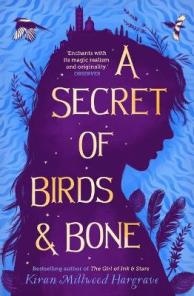 The first book I added to my cart is called the way past winter. It’s about sisters trying to find their brother after he disappears, and they believe he’s taken by The Bear, someone from the legends. I’m a huge sucker for sibling relationships in books, and it seemed like the perfect winter read (even though I really want to read it right this second).

Julia and the shark also caught my eye. This is a book that seems to tell a wonderful story (although I do kind of keep skipping over most of the synopsis every time I try to read it because it honestly just doesn’t sound too interesting to me but it’s Kiran Millwood Hargrave so I don’t believe it won’t be wonderful) and features illustrations done by Tom de Freston, the author’s husband. From the illustration and the use of the color black on the cover alone it gives me a monster calls and, even though it might be nothing like a monster calls, I loved that book so much when I read it that the similarity definitely motivated me to add this one to my cart as well.

The last book of hers I ordered is one called a secret of birds & bone. When I first read the synopsis I was very hesitant about picking it up, because reading about a mom who carves momentos from the bones of loved ones who then goes missing sounds a lot spookier than anything I usually read, but after reading the synopsis I just couldn’t stop thinking about it. I just desperately want to know what happened to the mother. And hey, since I usually don’t do spooky reads I don’t tend to have anything to read that’s perfect for the upcoming month so this’ll do, even if it definitely doesn’t sound as dark as the things I see other people read.

Her most popular book, the mercies, about an island in 1600’s Norway that has seen all its men killed off by a storm, two women who live there, and the men who have been sent to rid the community of alleged witchcraft, also sound really interesting and I almost added it to my cart. But then I remembered that 1) one of the things I love most about Kiran Millwood Hargrave’s books that I read previously is that they weren’t very long (I’m a sucker for short books) and this one is well over 300 pages, and 2) I’ve been craving new middle grade and this is an adult historical fiction so yeah. Maybe I’ll read the audiobook of it someday, but for now I’m just going to enjoy the three other books of hers that I did buy. I probably didn’t really need more anyway.